Have you decided that you want to learn how to play chess, but have no idea how? It will help to learn some of the basic movies so that you can get started.

You'll have an entire row of pawns, and they are the first piece you'll have to move to start the game. Pawns can only move forward one space at a time and capture your opponent's pieces by moving diagonally one space. However, the only exception to this rule is the very first time you move a pawn, when you can move them one or two spaces forward.

Rooks can move in two directions: horizontally or vertically. As long as another piece is not in their way, they can move as many spaces as you want without jumping over another piece. They can also capture a piece by taking over the spot occupied by another player if they are in the path of their allowed movement.

Bishops are very similar to rooks, except that they move in a diagonal pattern. This also means that they'll be on the same color spot throughout the entire game, which makes it easy to remember their movement pattern. Bishops are also not allowed to pass through other pieces and can capture the first opponent's piece that is in their path.

The queen has a movement that is a combination of the rooks and bishops, since it can move horizontally, vertically, and diagonally. It is one of the most valuable pieces on the board because of this.

Knights are a bit different since they are the only piece that can move over other pieces on the board that are touching the spots next to the knight. Their movement pattern resembles an L shape, where they move two spaces forward and then one space to the side. However, this movement can be made in any direction from their starting location. If there is an opponent's piece on their end position, you will capture that piece.

The goal of chess is to capture your opponent's king, which has very limited movement. It can move one space in any direction on the board and capture any piece in their final position. The big thing to remember is that losing your king means that you lose the match, and you cannot move your king to a spot on the board that would put it in danger of being immediately captured.

If you want to learn chess online, contact an educational resource today. 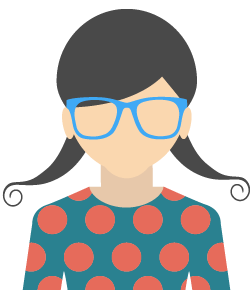 Do you find that you learn more easily when you have someone teaching you one-on-one, as opposed to in a large group? You're not alone. Most people learn faster and more thoroughly via private instruction. What this means is if you are looking to learn a new skill, from playing chess to playing the piano, you should seek out private lessons, first and foremost. As you prepare to take private lessons, first check out the articles on this blog. Here, you will learn a little more about the process of finding an instructor, how to get more out of one-on-one learning, and how to better practice on your own.

Read in about 2 Minutes